In cooperation with Sudan National Anti Money Laundering and Terrorism Financing Committee and the FIU, the Middle East and North Africa Financial Action Task Force (MENAFATF) held the Typologies and Capacity Building workshop for its members in Khartoum, Republic of Sudan from 14 to 16 December 2015. 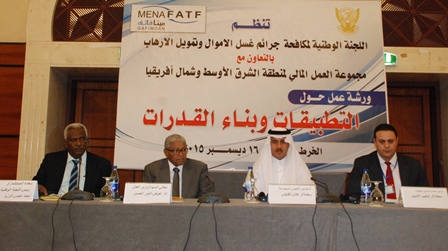 In his opening speech, H.E. Dr. Awad Al-Hassan Al-Nur, Sudan Minister of Justice welcomed the attendees and underscored Sudan 's commitment to cooperate with the MENAFATF and the international bodies in connection with AML/CFT, to apply the international standards and to reinforce the combating regimes. As well, H.E. Mr. Ahmad Abbas Al Rezam, Chair of AML/CFT national committee delivered a speech on behalf of the Committee. H.E. Mr. Adel Al Qulish, MENAFATF Executive Secretary delivered a speech welcoming the attendees and highlighting the role of the Group and the most important typologies projects undertaken by the Group or in which it has participated; as well, he briefed everyone on the importance of this workshop. 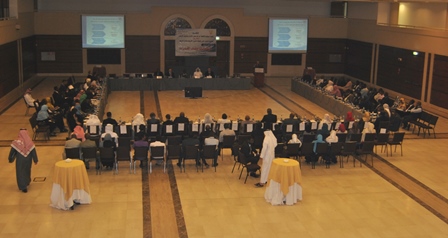 The workshop started with 2 concurrent Typologies sessions on 14 and 15 December 2015 which cover the following subjects: "Money Laundering and Corruption" and "Terrorist Financing"; Both sessions were attended by more than 70 experts in the AML/CFT industry from members and observers. 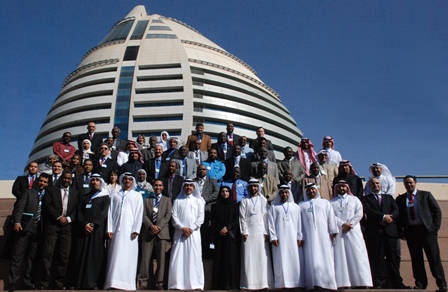 Terrorist Financing
In this session, the participants reviewed several case studies followed by discussions which highlighted the most important sources of funding, the methods of transporting funds and the misused entities as well as the most important and inherent challenges; As well, expertise and best practices were exchanged in this respect.

Further, they discussed more the most important sources of funding which are divided to legitimate sources such as self funding or sale of properties or lending and to illegitimate sources such as the proceeds of the crimes of corruption, smuggling, forgery and counterfeiting and illicit trafficking in drugs. On another part, cross border transportation of cash, Hawala, electronic transfers and the use of debit cards are seen among the most prevalent methods in transporting funds, those used in terrorism financing.

Money Laundering and Corruption
Through the presentations delivered and the discussions held, this session addressed the relation of the corruption crime with ML offense as well as the most important methods and techniques used in laundering the funds which are the proceeds of corruption crime as well as identifying suspicion indicators that may reinforce the combating efforts for the competent authorities. Among the most important techniques used in the cases, we name: establishing shell companies and transferring funds into or through politically unstable areas; as well, using the accounts of close relatives and individuals; while the cheques, cash and real estate represent the used tools